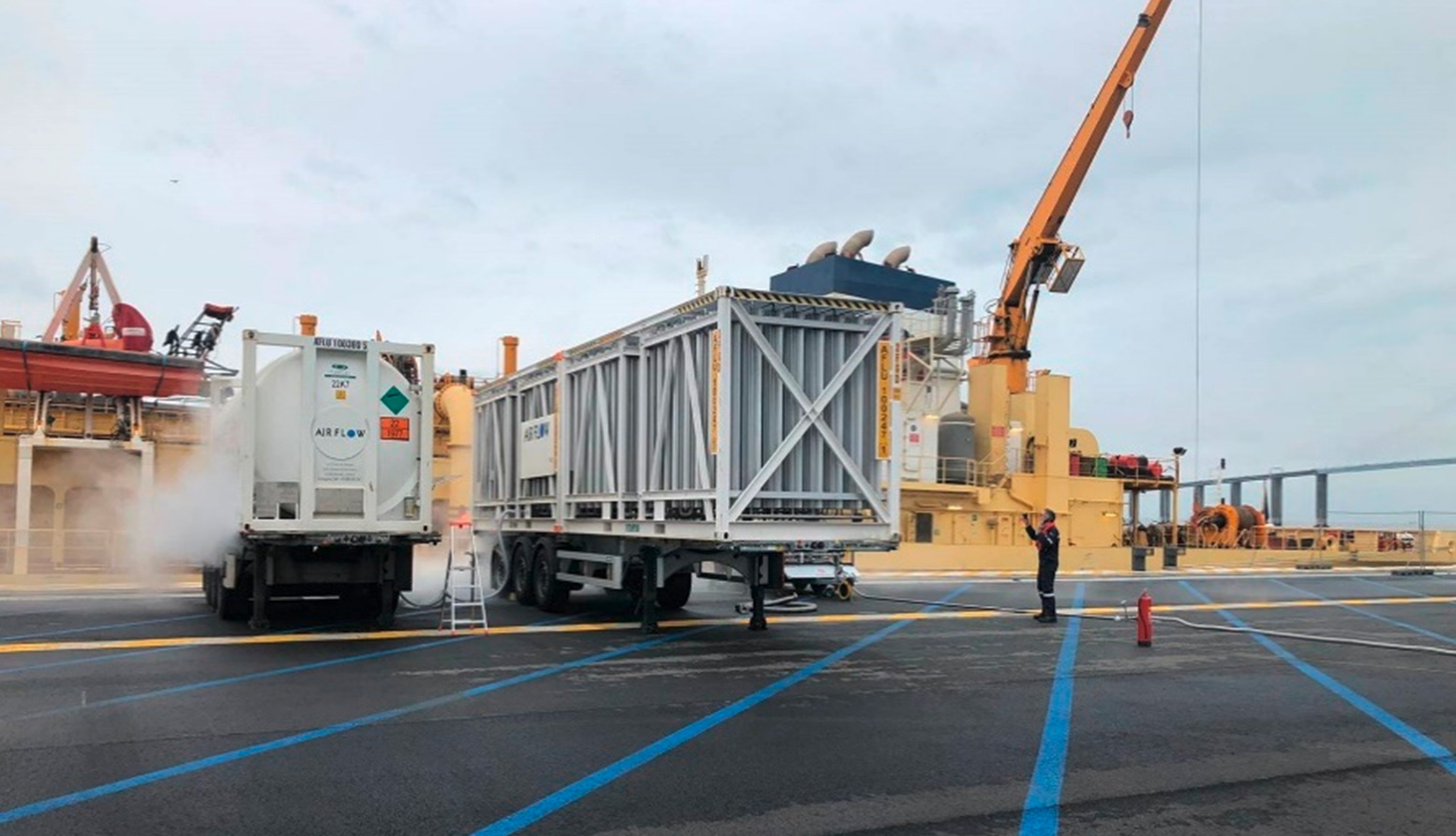 Explosion or fire on ships carrying flammable cargoes is the worst a shipping company can imagine. Inerting the tanks with Liquid Nitrogen is part of the regular mandatory maintenance requirements that can prevent such scenario.

Last month, Cryologistics Spain was able to put its gas logistics and technical know-how to the service of a Roro ship in St Nazaire, France. Theproject consisted in inerting with nitrogen the Liquid Natural Gas (LNG) fuel tank from the docked ship. “Like most of our customers, shipping companies have high operating and immobilization costs. When you inert a tank with nitrogen, doing it safely is of course the most important but it is not the only criteria. Cost efficiency is the second one. Everything counts, from the time taken in inerting the tank to the amount of liquid nitrogen used in doing so.” explains Marcos Gutierrez, managing director at Cryologistics Spain.

First the LNG fuel tank was being emptied, which let Cryologistics the time to get organized. “Smooth logistics and coordination are key for the success of such operations.” continues Marcos. “Two of our experienced drivers were mobilized. While the first driver was loading one iso cryogenic tank container with Liquid Nitrogen from a local source, the other one was picking up the two vaporizers and cryogenic hoses needed for the operation. The vaporizers wereassembled on the same chassis, in order to save costs and space. The units were delivered to the seaport at the same time and set next to each other. Once all the cryogenic hoses were safely connected between the different units, the purge could begin.”
The liquid nitrogen has first to be transformed back into gas through the first vaporizer and sent inside of the LNG tank. The nitrogen gas pushes out the LNG residues vaporized then inside of the second vaporizer. The gas is then recovered, sent to the burner and used as energy.

“It was a great logistic challenge, and a successful operation.” Concludes Marcos. Located close to Algeciras seaport, the company intend to propose the same services to the shipping companies of the area.